Railroad Earth grew out of picking parties on Andy’s porch, sometime around 2000. A group of musicians from the Northern New Jersey music scene, some with long relationships, others maybe only familiar, came together around both a love of, and a curiosity about, bluegrass music. Well, this created an original collection of music, a recording, and then a band where not only bluegrass, but all previous influences and histories of the musicians found a home.

In that span of 20 years, Railroad Earth has recorded 9 records, collaborated with many heroes and peers, toured the country and beyond, and became a solid fixture on just about every major festival stage. Andy and the band believed in creating the best music they possibly could, always expanding on their sound yet remaining committed to that spirit of discovery and sharing that first began on the porch two decades ago. Visit Railroad.Earth. 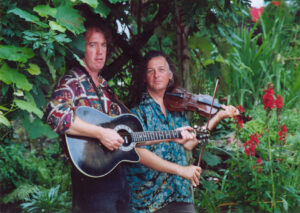 I met Andy at the Great Gorge Bluegrass Festival in 1978. I was playing in the fiddle contest and he and his bandmates were watching from the side of the stage. His band was The Blue Sparks From Hell. I joined that band a week later. Thus began a 40 year partnership in music. We grew up in a Greyhound bus together that we put over a million miles on. We spent 12 years touring the chitlin circuit with the BSFH. They were some of the most amazing years of my life. We were a helluva band of brothers!

The next chapter was Kings In Disguise, which Andy joined a couple years in and of course Railroad Earth, a band that Andy was truly able to shine in. I’m blessed to have been a part of Andy’s life for four decades and to be exposed to his genius. He was a gentle soul with a wry sense of humor who could play most any instrument you put in his hands. He could rip a solo on half of them that would blow your mind! But to just speak of his musicality would reveal just a few facets of this jewel of a man. He had an encyclopedic brain and a memory that allowed him to pull up some of the most arcane and interesting tidbits of information at will. He was an even hand, rarely lost his temper and was quick with a word of comfort or encouragement. He was taken from us much too soon… he had way more to give. Andy was a huge influence on me and I miss him every single day. 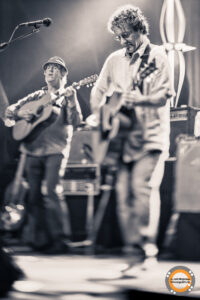 When Andy first invited me to his home for a pickin’ party all those years ago I was a bit confused. I thought Andy was a horn player! Ha! Little did I know . .  I was blessed to have had the good fortune to play music, write songs, and stand on stage next to Andy for 20 years – one of the most remarkable musicians you could ever meet. But more . . I was blessed to have known him and shared 20 years of life with him – one of the sweetest, gentlest, most genuine souls you could ever know. 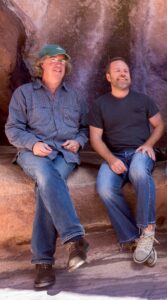 Picking a story that offers a complete picture of Andy is difficult. Entertaining, I promise, but each one would probably only reveal a small part of who I saw Andy to be. We shared many adventures, especially in the early days of the band – breakdowns, fires, crazy gigs (and people), joyous moments and difficult ones. It’s fair to say you get to know someone while doing something meaningful like making music together, taking the chances we did, and being in the bunk across from him for that many years. I watched him scour banks in small towns (because the ones in the big towns had already been hit by people like Andy), buying every silver dollar in the place, and bouncing them off his bunk because he could tell by the sound how much silver may be in them. For the record, I never personally saw him succeed. His bunk would be so full of instruments (and pieces of instruments) by the end of the tour, instruments that he had gathered along the way, that I honestly don’t know where he slept. It was like a calendar keeping track of how many days we’d been out and how long we had to go. If Andy’s bunk is full, it’s time to go home. Maybe it was because his bunk was full, but he stayed up to all hours on the bus, sober as a judge, looking for the worst movie he could find, and playing it really loud. There was also never a festival set, or jam session, or stroll through the campground in search of a pick, that he would sit out. He thought we were crazy for doing anything but.

The point is the Andy I knew and loved was always searching for something, with the search as significant as the result. I think he knew not every instrument he “had” to have was technically priceless, but they all had stories and shared experiences. They all played some part in someone’s life, perhaps many by the time they reached him. I think the same thing drove him to take any opportunity to make music with someone. Music was made by people, and he loved getting to know those people he shared the experience with, regardless of their level. There was something to be learned by doing and experiencing it.

There are people you meet in life that, for whatever reason stand out, demanding to be noticed, and honestly sometimes it’s worth it and sometimes not. Then there are people that just bring a presence. They don’t require that same attention, but rather brilliantly weave themselves so subtly and powerfully into the fabric of everything around them that it is unmistakable when they are not there, even if it’s not obvious what is missing and why. It’s deeper and more meaningful than strutting. That is Andy to me, musically and personally. It was perhaps his greatest talent and gift. 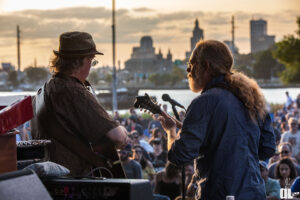 Andy used to go into banks, especially in the smaller towns out west…and buy up every roll of half-dollar coins that they had, or at least as many as the slightly perplexed bank teller would allow him to buy.

One afternoon I remember hearing the faint but persistent sound of heavy coins being dropped on the table in the back lounge of the bus. Andy had five to ten rolls of 50 cent pieces and he was working through them…bouncing each coin and separating them into two piles.

He could tell by the sound that they made, which ones were proper silver dollars…old enough to have a higher percentage of silver….for every one of those that he found in each roll, he turned fifty cents into three or four dollars.

I think I had asked him “why don’t you just look at the date on the coin to determine if they’re real silver..? ..” and he paused….tilted his head to the side and said “ aehhh….it’s faster if you just listen to what they sound like …..”

-there are so many things that I loved about that dude and his funny, eccentric-genius ways……but that’s definitely in the top ten. 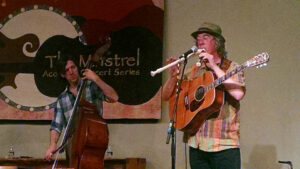 Andy Goessling was a musical genius. I’ve always hesitated to describe anyone in those terms but not him. Calling someone a genius implies something given not created. A gift. Something handed from beyond. 99.9% of artists are born with a love of expression and love for whatever form moves them but little else in terms of tools for creating. We all come into this world the same; screaming and unformed. The tools we use to express ourselves are forged over time and it took me a few years to see that Andy was rare. The .1%.

Andy played well over a dozen instruments in RRE alone. He played a handful more that never even entered the RRE orbit. Some of these instruments were similar but some couldn’t be more different. This in itself is a feat but he was also an incredible soloist on a handful of these instruments. Most people spend their lives trying to be a great soloist on one instrument and he did it on many. Most people have never even heard of the Zither…he owned piles of them. That instrument alone requires a certain type of brain to understand. After watching for a time and seeing the breadth of what he could say and do on an instrument I could only think that maybe the myth of some divine touch wasn’t entirely false.

The genius label can also be awkward because sometimes it’s used to excuse eccentric, rude, or even abusive behavior. Andy was the antithesis of these things. He was the glue that held our sound together musically but his unflappable personality is something no band can survive without. Art thrives on emotion and artists deliver it in spades. That’s great on stage, in words, and in melody but trying to do business, that bane of an artists existence, it can easily turn a conversation into a cage match. Andy was a grounding force.

The ground is gone now and I only see sky. The place we look when we think of the divine. The beyond. A place that I thought had little hand in the journey from screaming and unformed to coherent and complete. Thank you Andy for changing my mind. I love you. I miss you.

Give That Boy A Hand 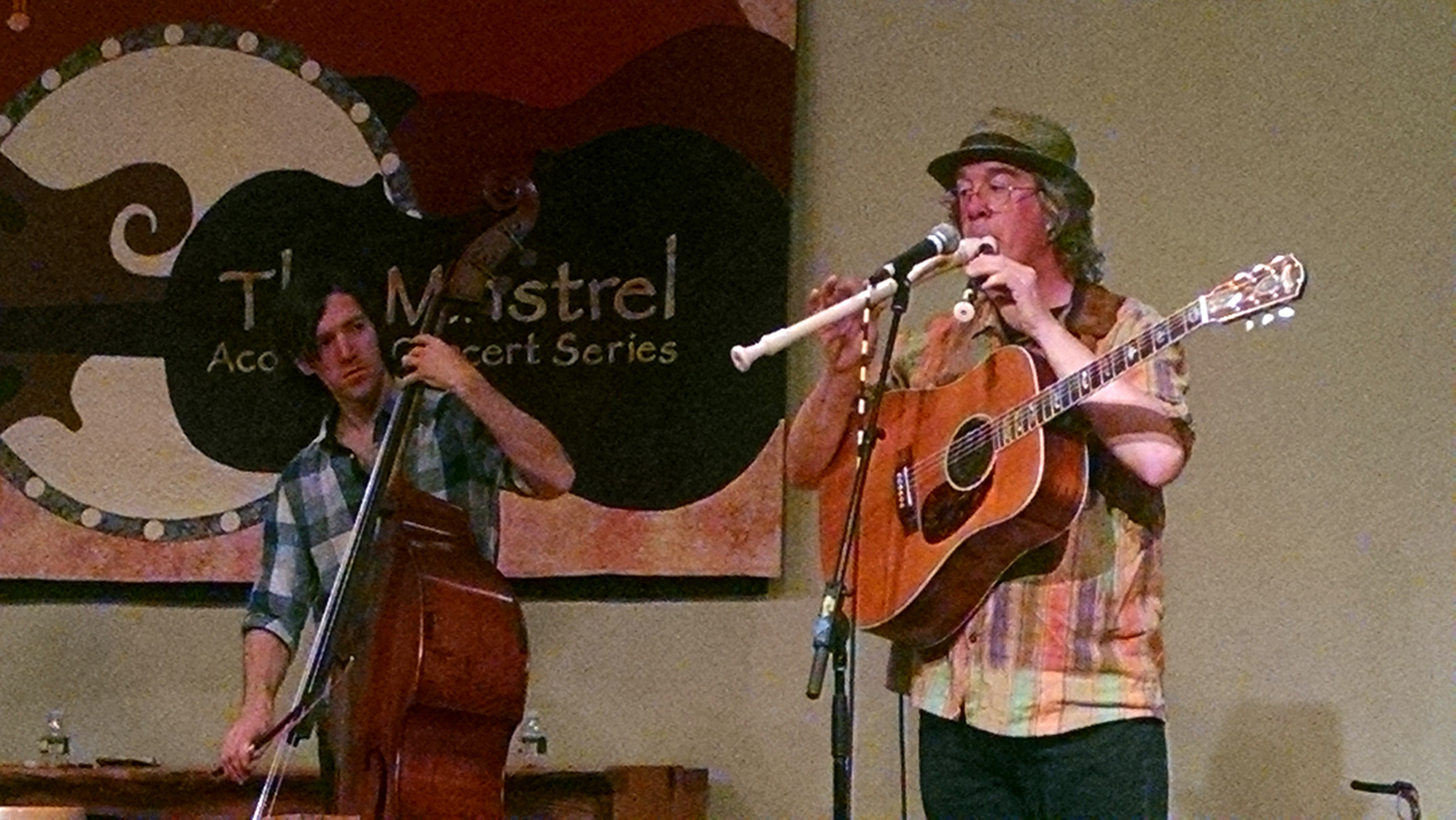 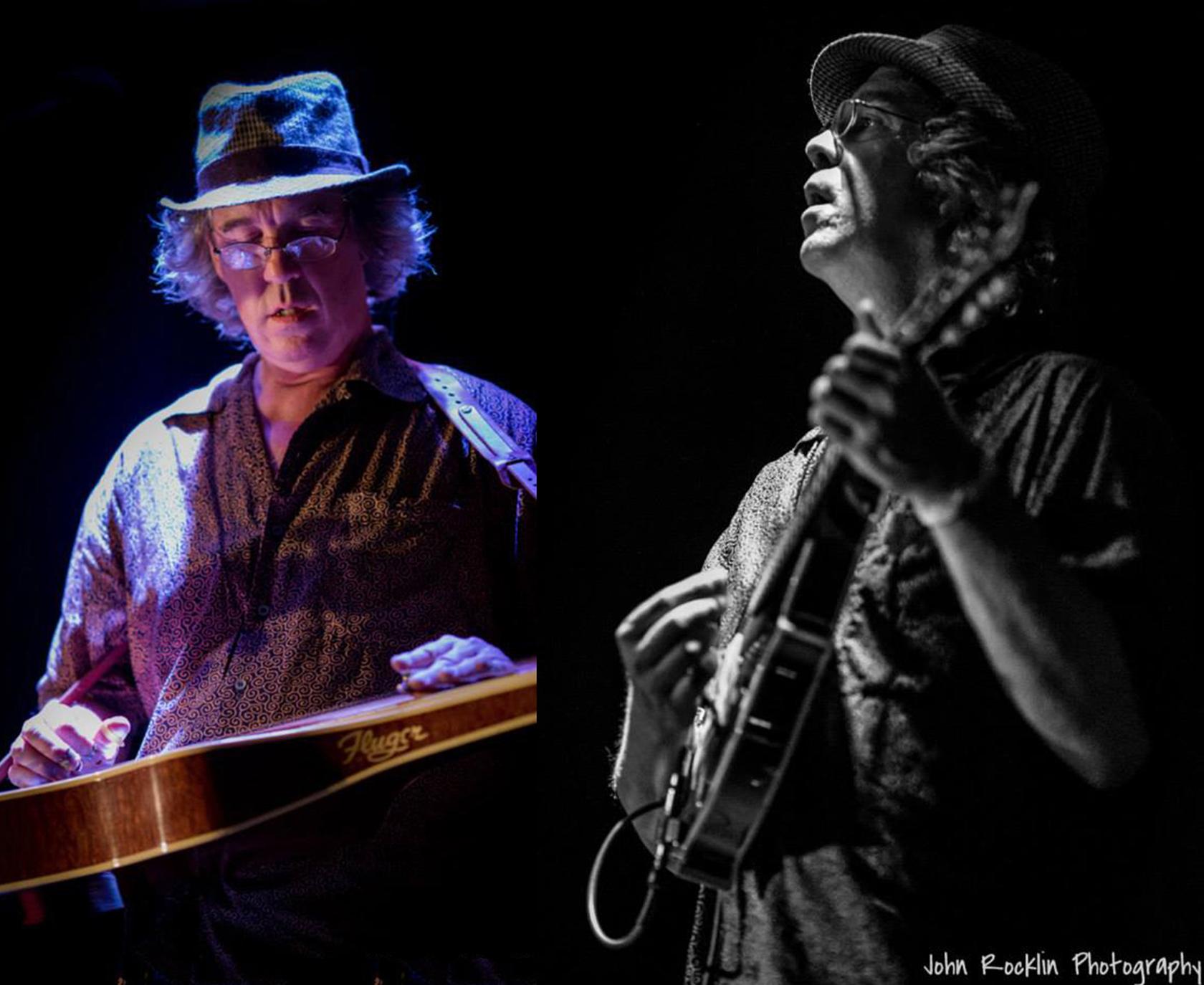 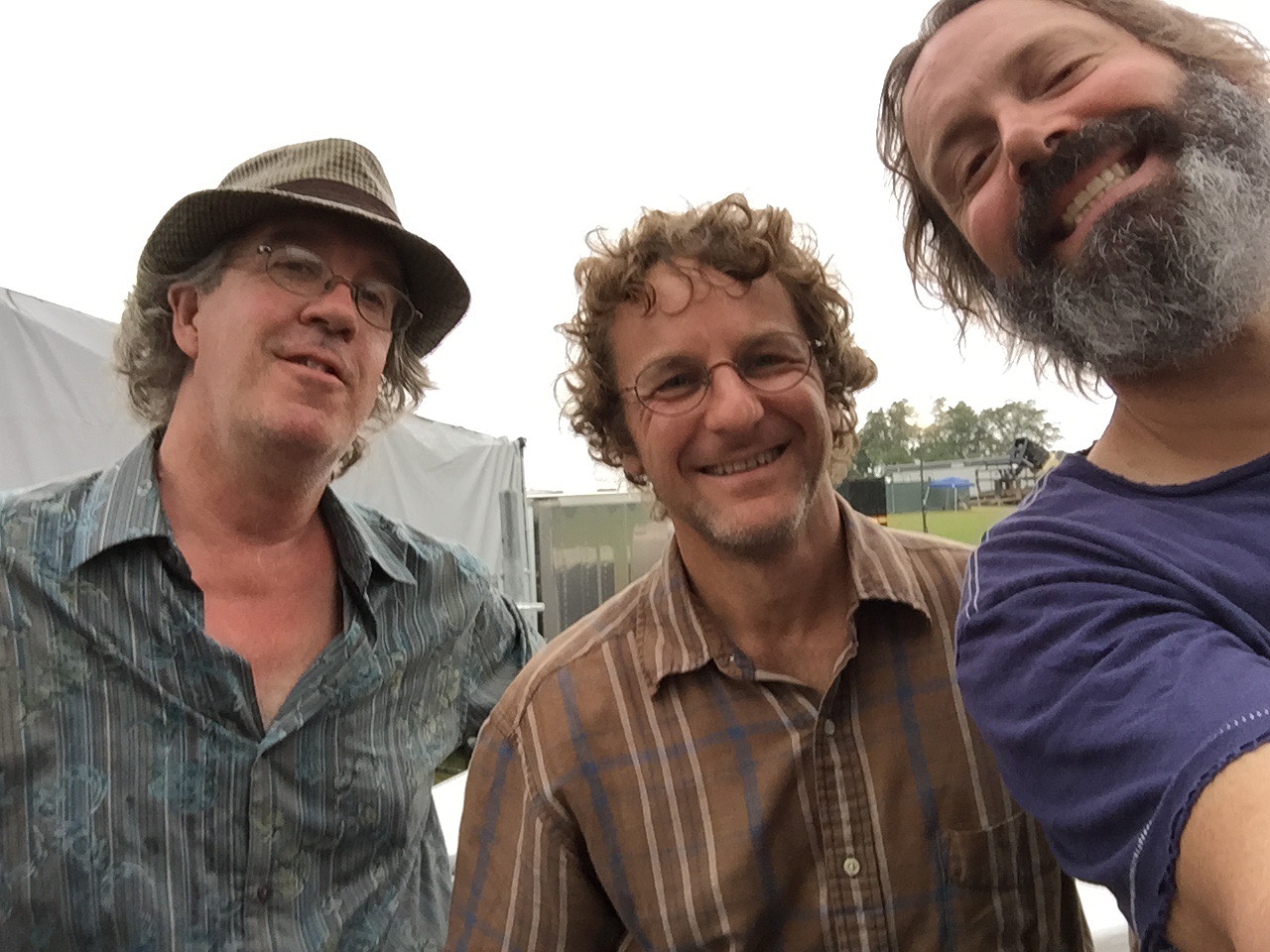 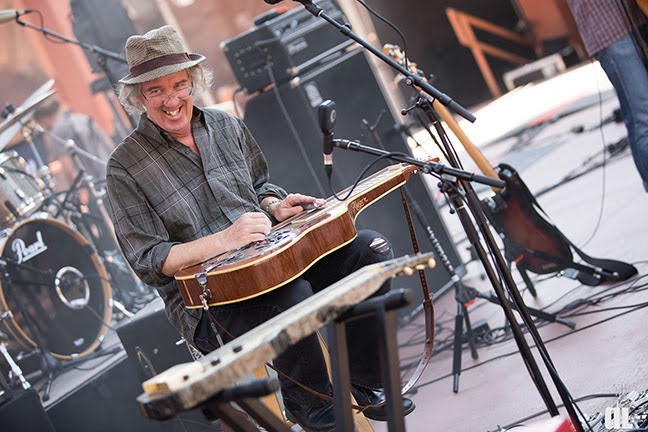 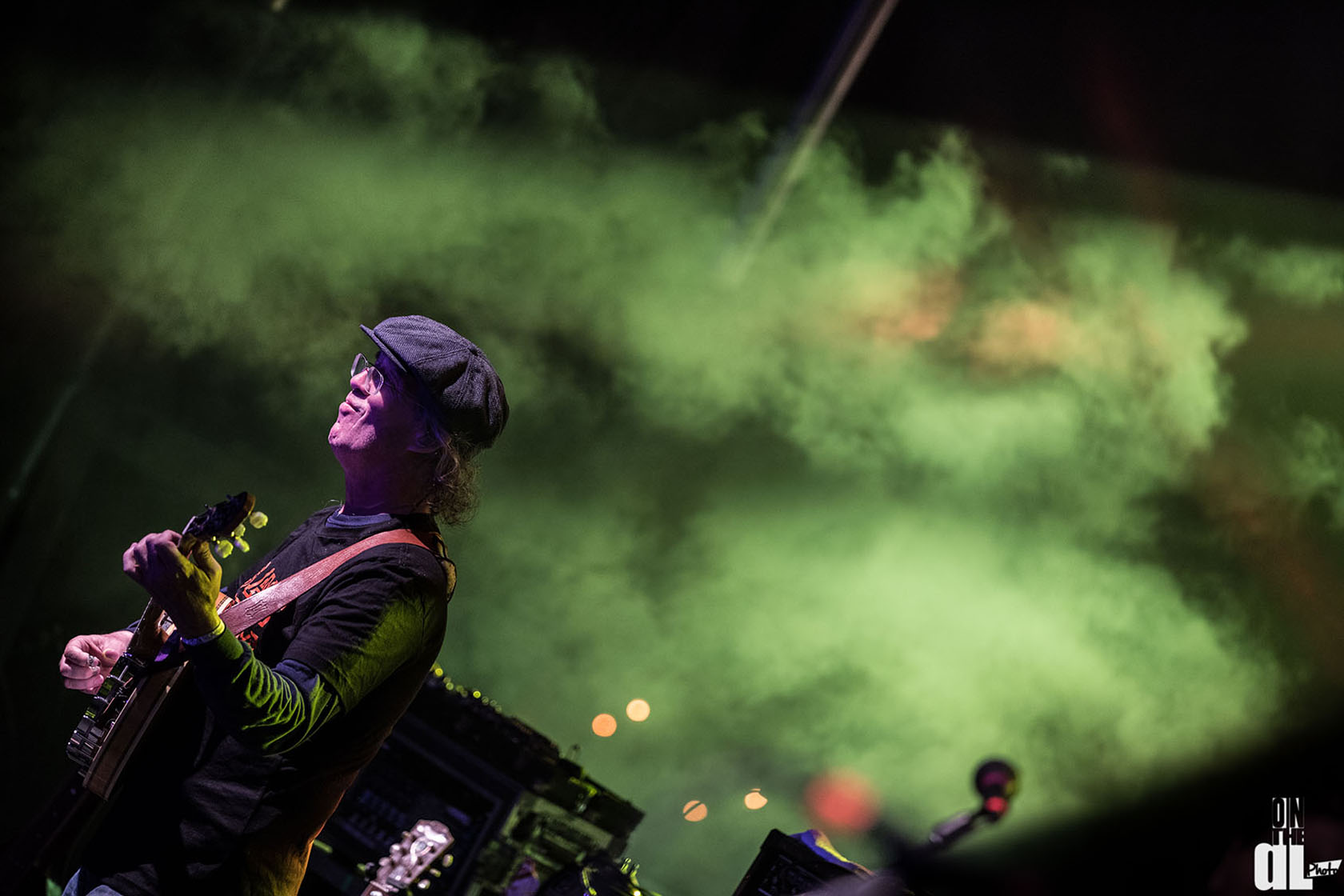 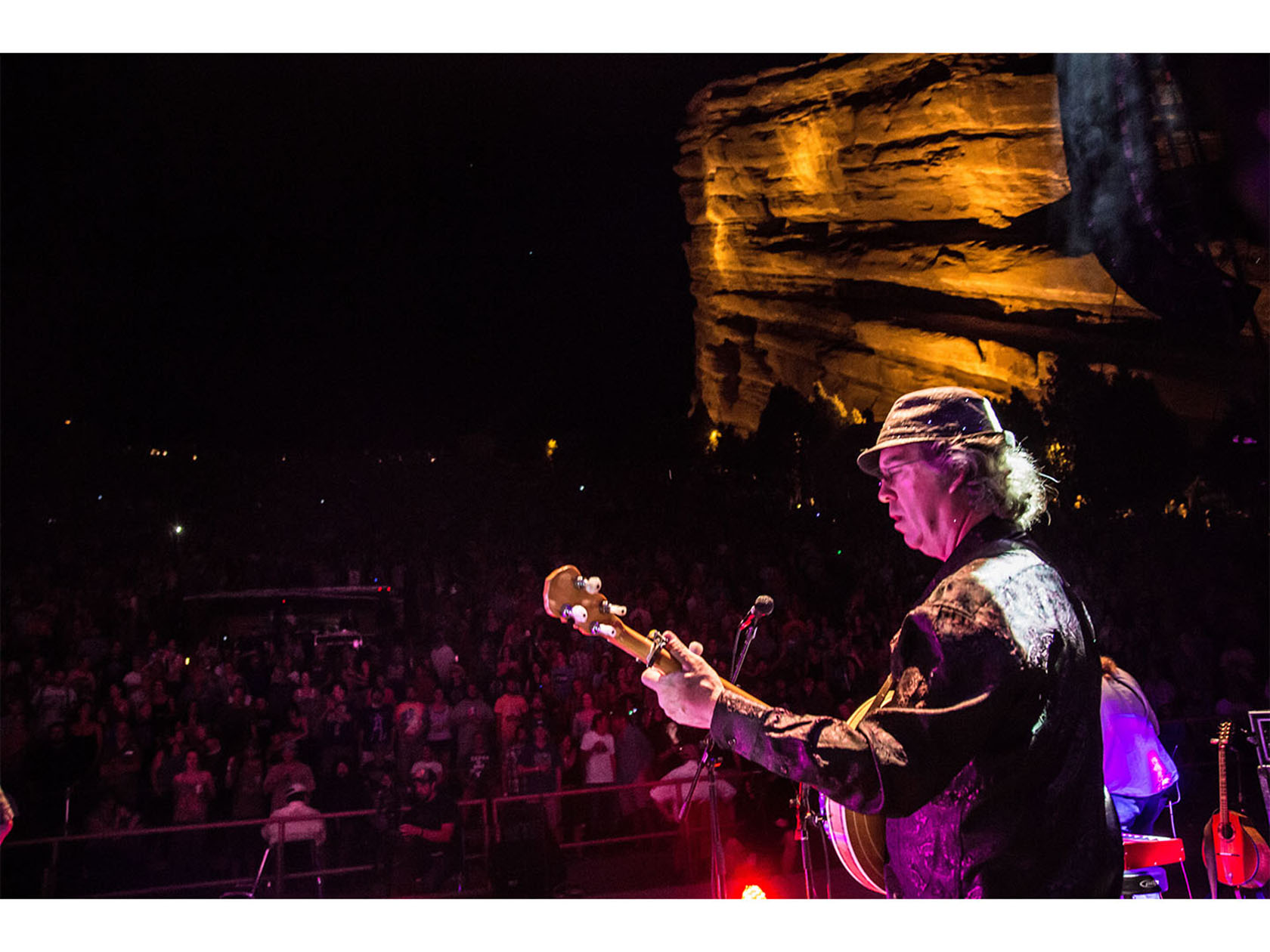 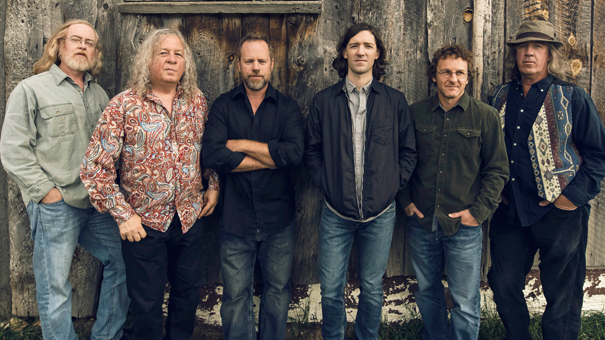 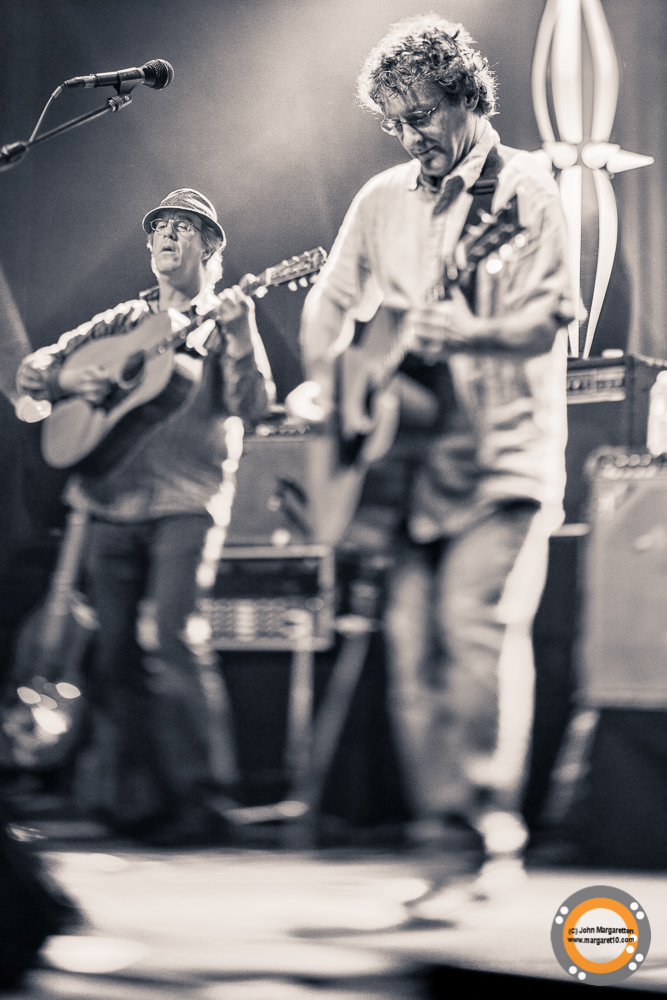 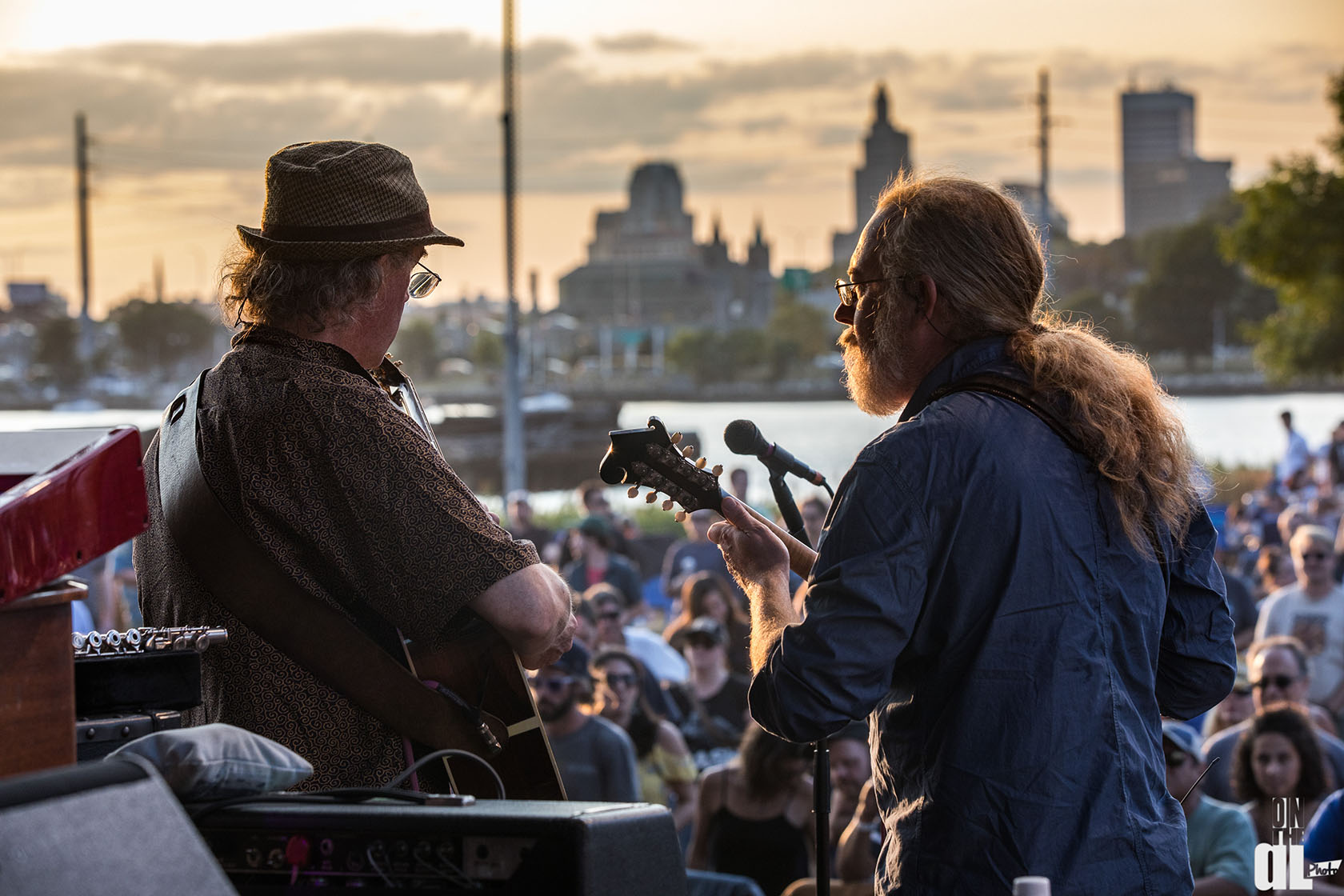 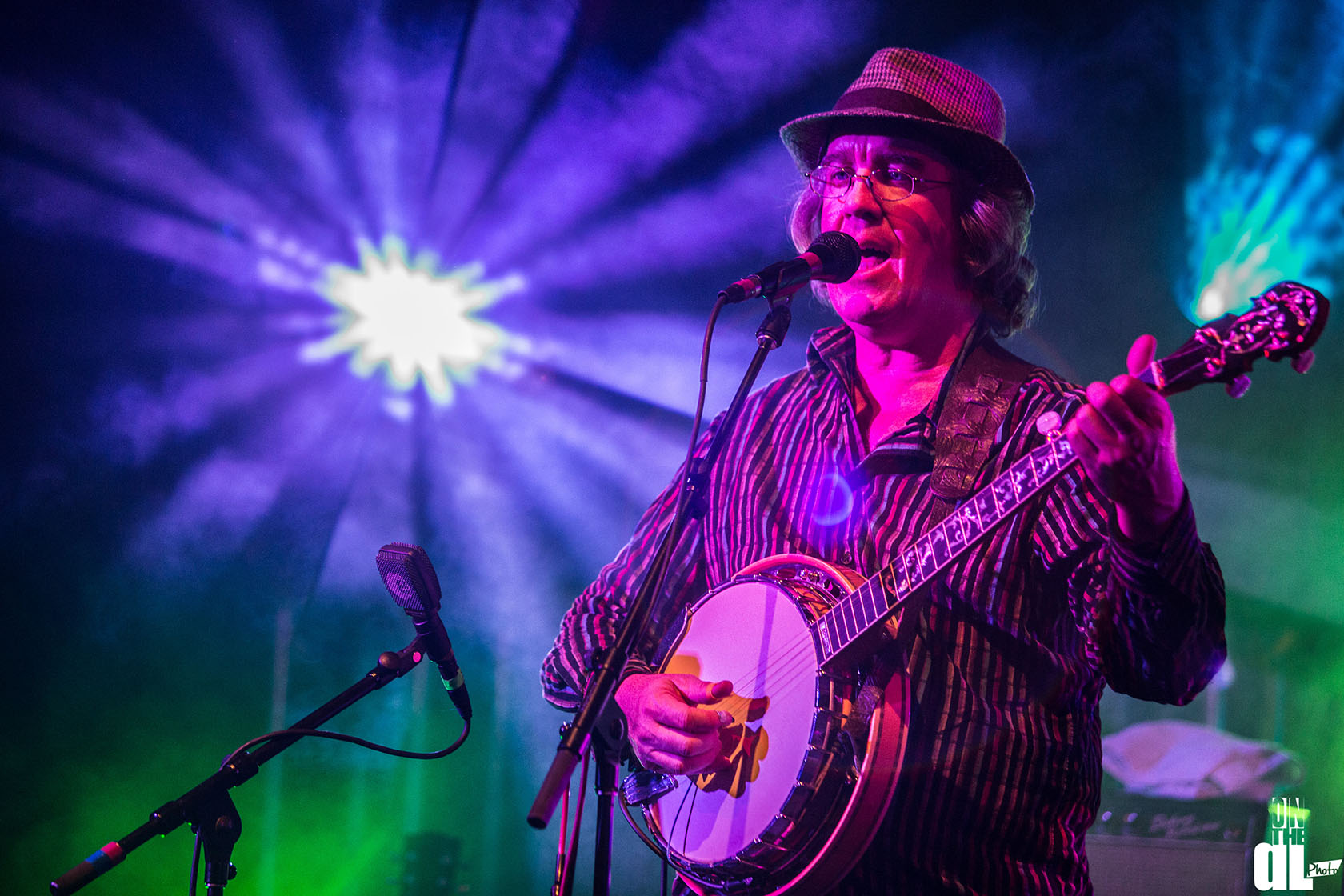 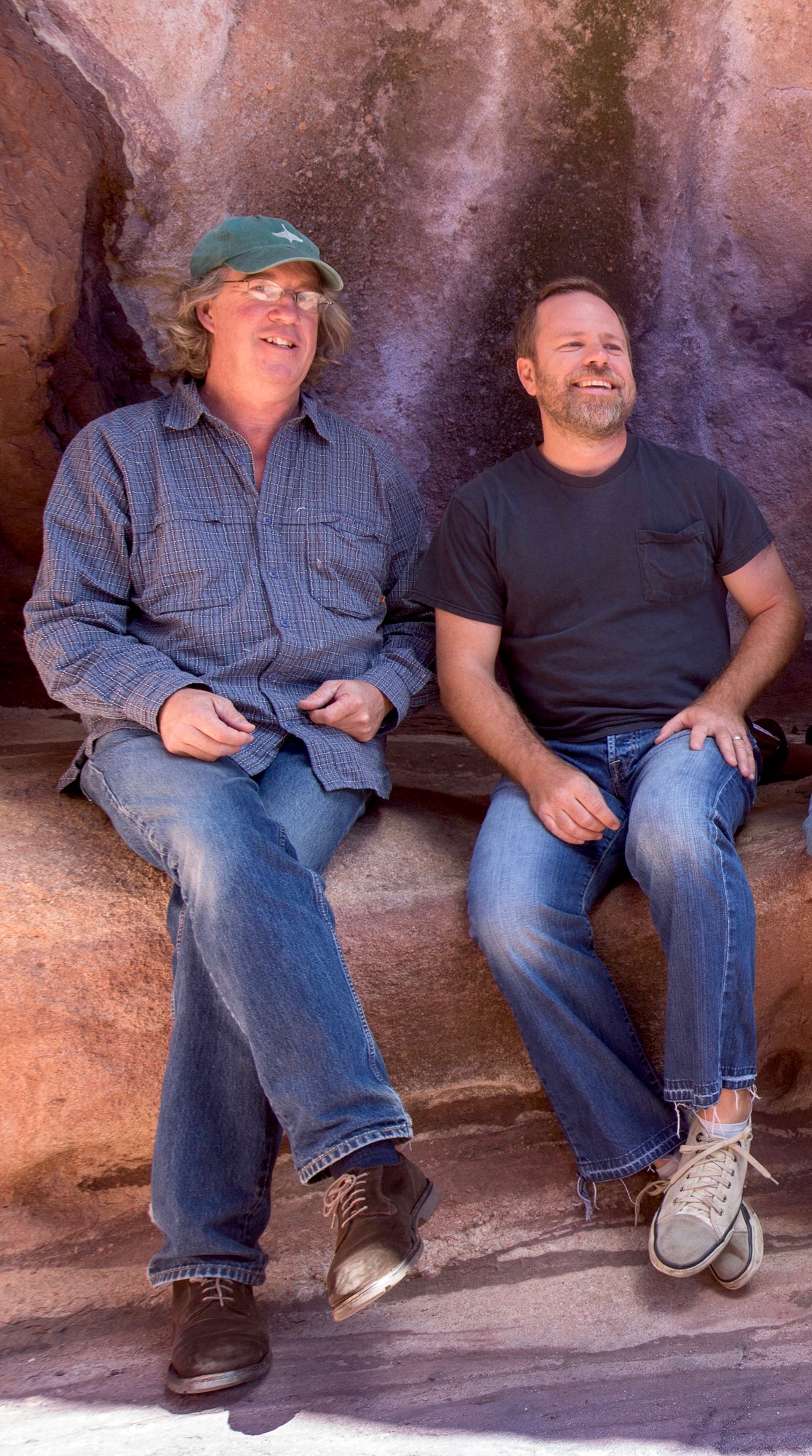 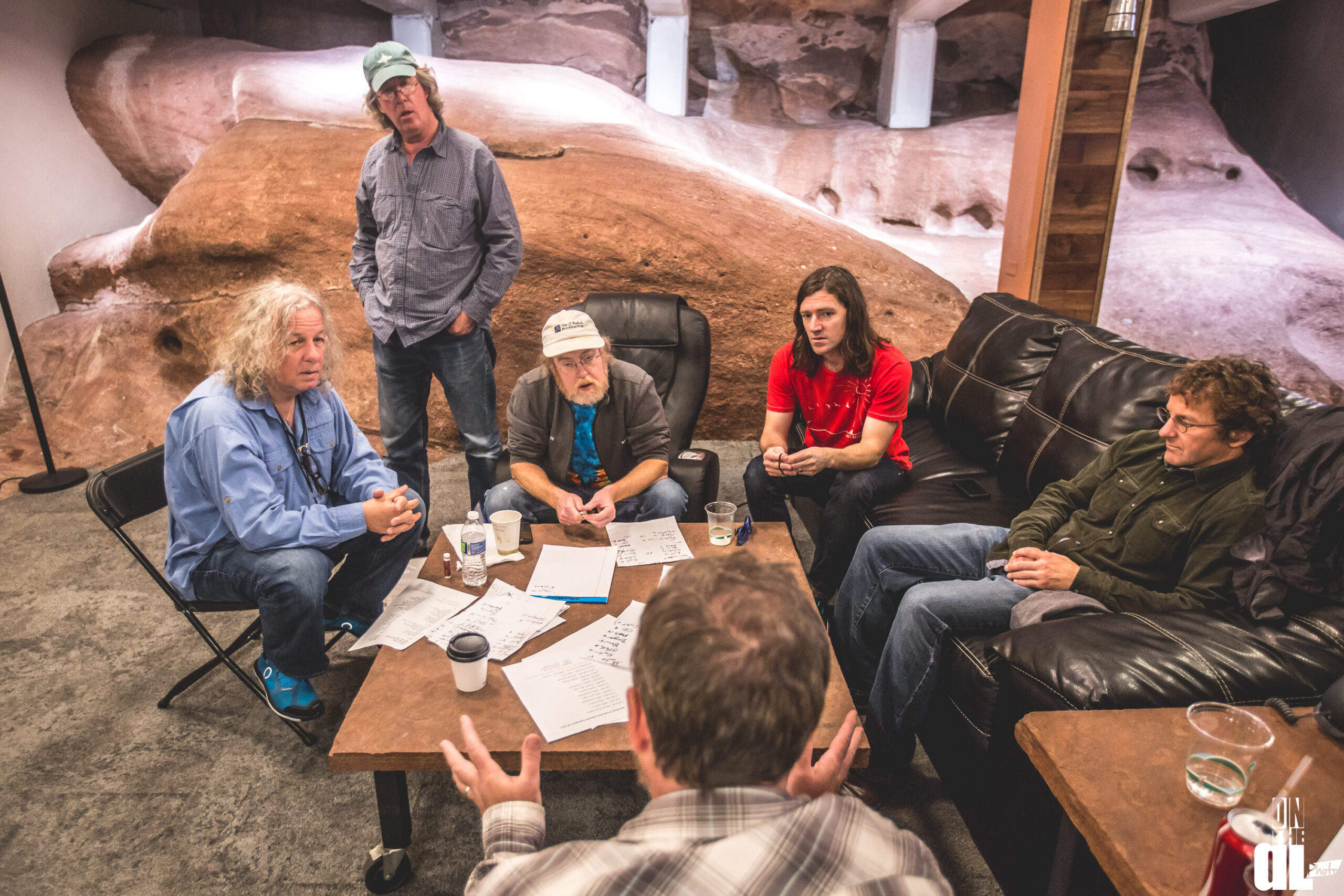 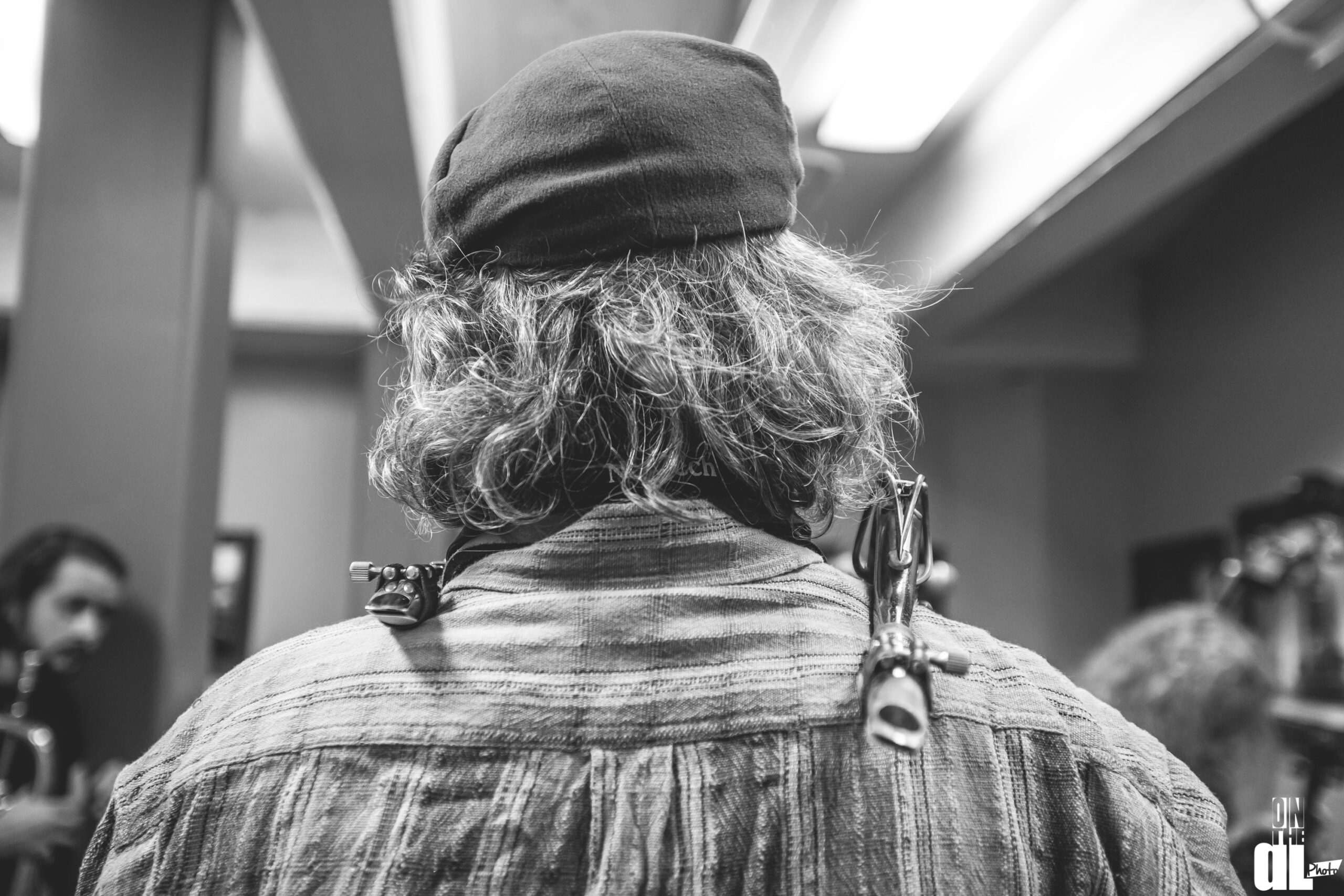 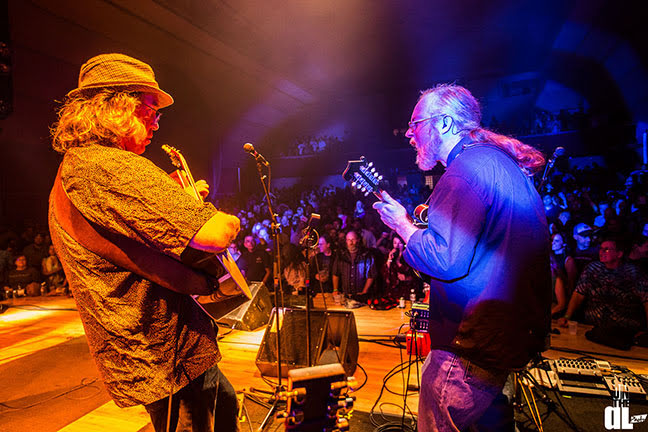